The law of unintended consequences is an interesting topic in its own right, with perhaps the most well known example being the unexpected use of text messaging on mobile telephones.

The latest example according to David Sexton in the Evening Standard is the way e-book readers have allowed more women to read adult fiction. Apparently the lack of a racy cover and give-away title when reading a discretely packaged Amazon Kindle or Apple iPad, allows more and more women to indulge their tastes in public. No longer do they need to fear the snorts of derision or disapproving looks as they plough their way through the latest Bodice ripper.

The UK market leader in this genre is E L James and her début adult romance novel Fifty Shades of Grey. According to her official website; 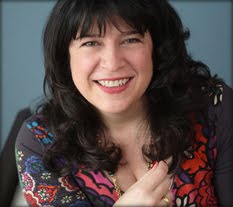 E L James is a TV executive, wife and mother-of-two based in West London. Since early childhood she dreamed of writing stories that readers would fall in love with, but put those dreams on hold to focus on her family and her career. She finally plucked up the courage to put pen to paper with her first novel, Fifty Shades of Grey.

It is claimed 250,000 copies have already been sold in different formats, and has topped the New York Times Bestseller list.

So, the next time you see a fellow commuter looking a bit hot and bothered, it may not be due to the faulty heating system on the train, but caused by something hot and steamy in her e-book reader.

Archiving video games – the search for the impossible

On Monday we had a presentation from James Newman and Iain Simons, co-authors of 100 Video Games, co-founders of Game City, and co-founders of the UK National Videogame Archive. And what an entertaining pair they made, switching seamlessly from slide to slide and from one to the other. They handled the great many enthusiastic interruptions from the very knowledgeable audience with patience and politeness.

They were at the British Library to talk about why the archive was created in 2008 and progress it has made since then. In practice much of the talk was explaining why it is impossible to archive vidoe games, due to their very temporary nature. Even the plastic of the early consoles is starting to degrade, ending eventually in a pile of fine grey dust.

With my background in computer science, I was expecting to hear about all the clever ways programmers are preserving the games so that they are playable on current hardware. They did talk about emulators and the good work fan programmers are doing, but ultimately their efforts are doomed to failure.

It will never be possible to exactly replicate the way the games played back on cathode ray tube (CRT) screens and 16 bit processors. And even if you could, the cultural context will have been lost. Consequently they are concentrating on preserving the experience of game-playing rather than the games themselves.

They do this by capturing live game playing at events like GameCity, and preserving written material relating to games such as Walkthroughs, also known as cheats.

They ended their fascinating and stimulating presentation with a wonderfully rude example of the challenges of completing a Super Mario Brothers level. This has had an amazing 20 million views on YouTube, but comes with a health warning as it is fully of swearing in response to the frustrations of playing the game.

As something of a failed gamer, it certainly make me laugh.

The UK Web Archive: an important resource for business

Our Web in Feb month has got me thinking about the impermanence of so much internet content.

Companies put a great deal of useful information online, but rarely have a strategy for maintaining or persevering it. This is where the British Library comes in. Preserving the UK web is a natural extension of our traditional role of preserving UK printed material.

So if you are researching business that no longer exist, or blogs which have ceased to be updated, have a look at the UK Web Archive

Collecting since 2004, the UK Web Archive contains websites of cultural and research relevance relating to the UK. Its purpose is to collect, preserve and give permanent access to key UK websites for future generations. It is a selective and unique archive, built on nominations from subject specialists in and outside of the Library, alongside public nominations. With over 10,000 different websites, the archive is one of the library’s largest ‘born-digital’ collections.

The archive team have made searching easier by adding indexing terms (meta-tags) and added research tools such as Ngram visualisations.