Many thanks to Debbie Epstein for giving me this amazing book as a present.

Steve Jobs, by Walter Isaacson is the only authorised story of the life and death of one of the most influential figures of the last 50 years, who died on 5 October this year, aged 56, from pancreatic cancer.

The book is something of a monster at 627 pages, and chronicles Steve Jobs‘ life from his childhood, through the creation and early days of Apple computers, his battles with Microsoft, his sacking and 12 year later return to the company he founded. Isaacson managed to interview Jobs himself over forty times, and tracked down more than a hundred friends, family, colleagues, competitors and adversaries.

I found it a compelling read, and managed to complete it in less than a week. It is perhaps the most honest and revealing authorised biography ever written of an industry leader. Isaacson uncovers both the amazing stories behind the revolutionary products Apple produced. However, he also reveals something of a monster of a man.

Jobs was a sensitive person, perhaps more so due to being adopted at birth, who spent several months wandering across India in his youth looking for spiritual enlightenment and followed Buddhism for the rest of his life. But he could also be the most manipulative and down-right nasty person it is possible to imagine. So much so, that his early colleagues referred to his ability to distort reality to his own ends (Reality distortion field even has its own Wikipedia entry).

Having been something of a computer nerd as a teenager in the mid-1970s I first came across his creations in the form of an Apple II computer. As you can see it was some way from the sleek and sexy design of the more recent iMacs. So reading the story of how Jobs and Steve Wozniak developed these machines made for riveting reading. 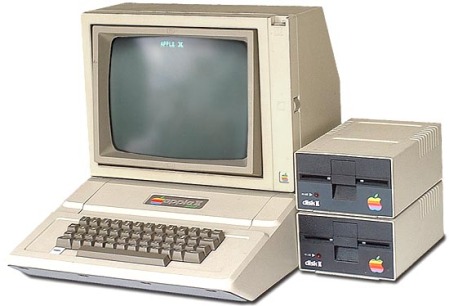 Although he made many mistakes along the way, as well as many enemies, and a trail of broken colleagues, his vision and passion resulted in products which have truly revolutionised the computer industry, and made Apple the most valuable company in the world.

Perhaps the most surprising thing about Steve Jobs was that he never felt the need to conduct market research (something we recommend all our clients in the Business & IP Centre should do). Instead he worked on creating ‘insanely great’ products people would discover they didn’t know they needed until they saw them.

This entry was posted on Thursday, November 24th, 2011 at 12:41 am and is filed under book review, Books, Design, entrepreneurship, gadgets, inventions, market research, marketing, technology, Trademarks. You can follow any responses to this entry through the RSS 2.0 feed. You can leave a response, or trackback from your own site.