Read or Die (R.O.D) and the coolest librarian in the world 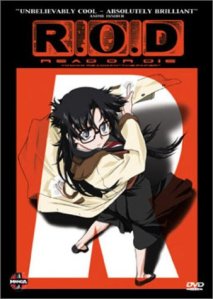 I’m wondering if my quest for the most exciting librarian in the world (Cool librarians, More cool librarians) has now ended with the discovery of Yomiko Readman, codename The Paper, an agent for the Special Operations Division of The British Library. Yes you read that right, but may have realised that Yomiko is a fictional character set in an alternative future, where the British Empire has managed to maintain its superpower status.

In this fantasy world the British Library is an institution devoted to the promotion of literacy (so far so believable), but is also home to The British Library Special Operations Division who run operations around the world to fight book related crime and terrorism. Their slogan is ‘Peace to the books of the world, an iron hammer to those who would abuse them (I have some colleagues who would support this part), and glory and wisdom to the British Empire’.

Yomiko, the hero of the stories is a half-Japanese, half-English papermaster. This means she has the ability to manipulate paper in a wide variety of ways, including creating paper darts that can carry people, paper-rope stronger than steel, and

samurai swords. As a result, she never goes anywhere without her case full of stationery supplies.

Although polite and friendly with very few exceptions, she does have a licence to kill, and does so with her deadliest technique, death by a thousand paper cuts! 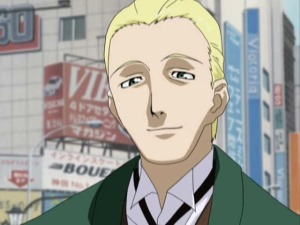 Yomiko reports to Joker, a stereotypically stiff upper lip Englishman who needs a proper cup of tea in a china cup to help him in a crisis. He reports to Gentleman, an aged, one eyed man, who is the power behind the throne of the British Empire (no sign of the Royal family here).

Although not generally a fan of Manga comics, I greatly enjoyed watching the Read or Die DVD animated version of the stories last night (many thanks to colleague Matthew Shaw for the loan).

In particular I loved the way that Yomiko always asks so politely for her books to be returned to her. And the almost sexual excitement with flushed cheeks she shows when coming across a special book. Needless to say her apartment is piled high with books, to the extent that she is covered by them as she sleeps on her sofa.

Here are some links about this exciting (for a librarian) new discovery:

Please give back my book! Welcome, fellow readers, the newly revamped ReadorDie.org 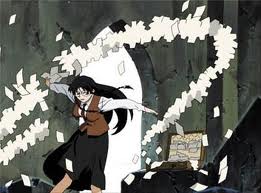 This entry was posted on Wednesday, September 22nd, 2010 at 4:03 pm and is filed under British Library, humour, information profession, web surfing, work/life. You can follow any responses to this entry through the RSS 2.0 feed. You can leave a response, or trackback from your own site.

One Response to Read or Die (R.O.D) and the coolest librarian in the world